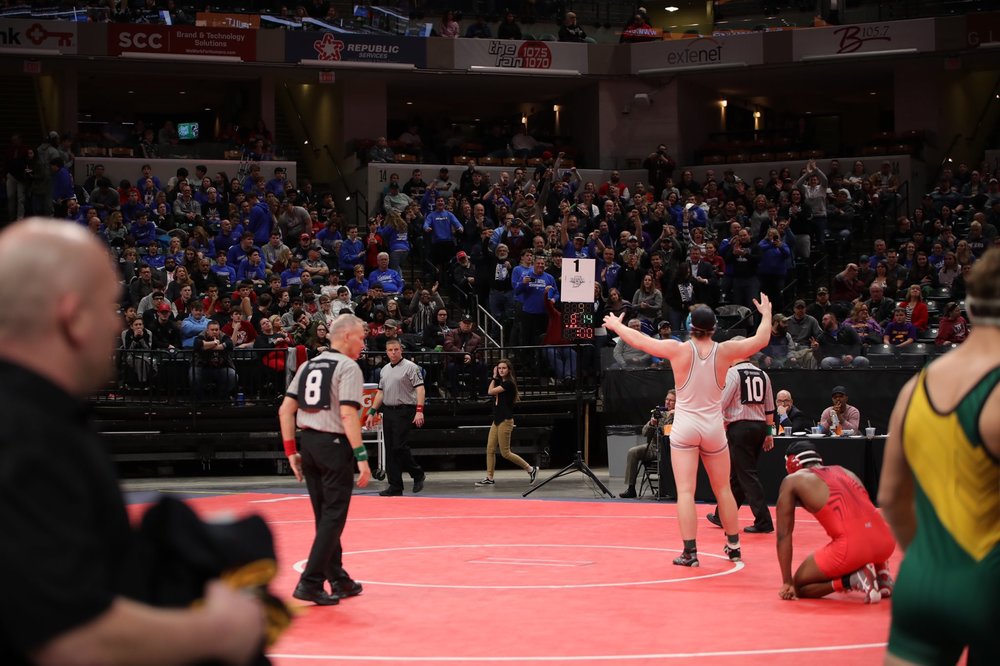 KJ Roudebush's quest to make it to the state tournament ended Saturday night when he won his final match to place 3rd in the IHSAA Wrestling State Tournament.  This also places KJ as the highest placing Blue Devil wrestler since Mike Langley won the state championship in the 145lb class in 1985. Congratulations, KJ, on an outstanding wrestling career at THS!

Tipton High School Wrestling Team also has their champion.  KJ Roudebush was the Sectional Champion in the 192-pound weight class.  That qualified him to compete in regional action this past weekend.   Teammates Eli McGuire (106), Blake Hicks (145), Wade Robey (220), and Nate Morgan (285) joined him in regional competition.  KJ was runner-up in the regional, qualifying him to return to the semi-state tournament this Saturday.  Congratulations and good luck at Semi-state.