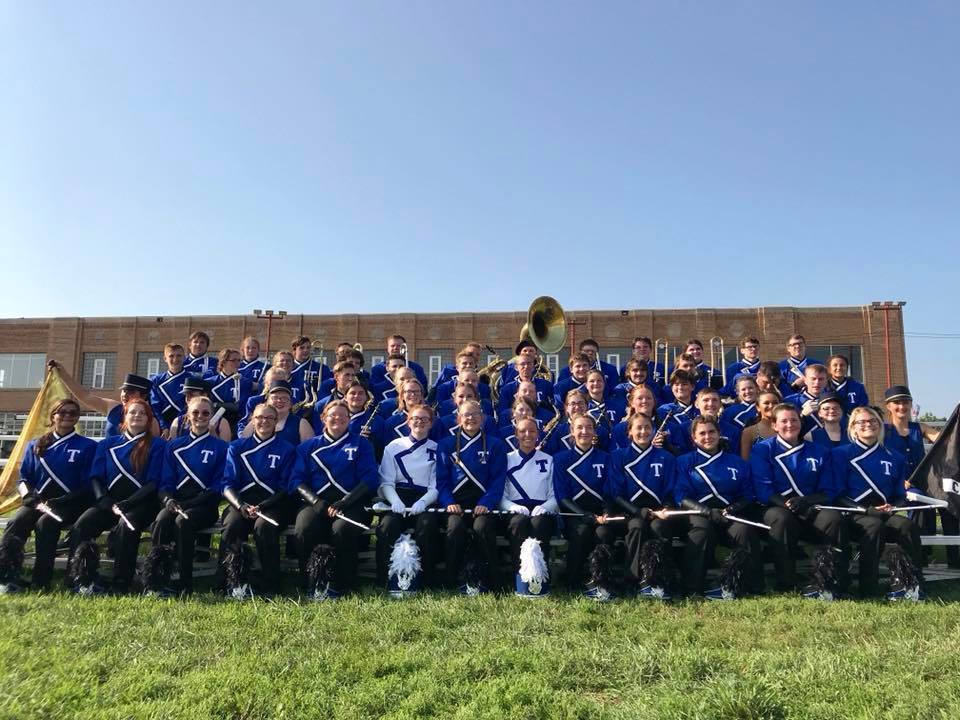 The Pride of the Blue Devils Marching Band performed at Kokomo High School for the ISSMA Summer Showcase on Saturday, August 18.  The judges awarded them a score that qualified for not only a gold medal, but with distinction markings in both visual and musical proficiency (the highest honor in these shows). This is the first time that Tipton has received distinction honors in both categories before.  Band Director, Mr. Skiba, stated, "Super proud of how they did tonight and this season and looking forward to the future!"  Check out the Pride of the Blue Devils Marching Band performance at the ISSMA Summer Showcase.

The THS Band has concerts scheduled for October 30 and December 4 beginning at 7 pm.